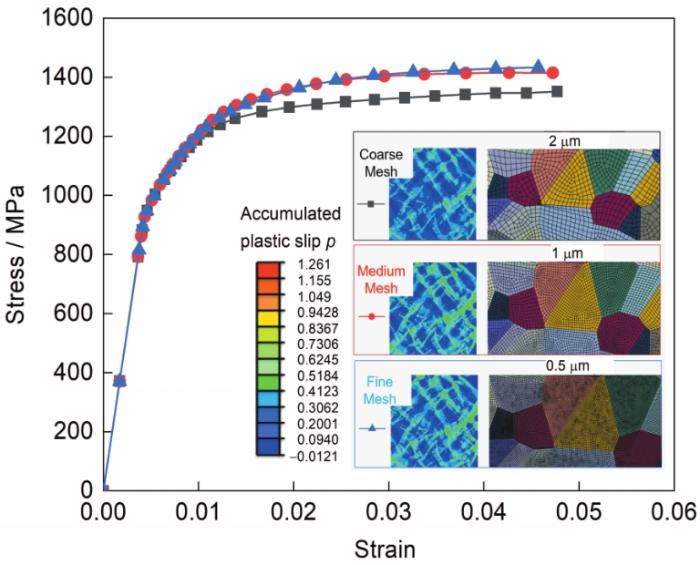 GH4169 nickel-based superalloy has the characteristics of good oxidation resistance, stable hot workability, excellent weldability and high strength, and is often used as a material for manufacturing turbine disks in the aerospace field [1,2]. However, under the harsh service environment and long-term work, fatigue failure accidents will inevitably occur in the turbine disk [3~6]. In order to ensure the safety and reliability of aero-engines, it is necessary to carry out in-depth research on the fatigue damage behavior and fatigue life of GH4169 alloy.

In terms of fatigue damage behavior, Shang et al. [7,8] studied the mechanical response and fatigue damage of GH4169 alloy under multiaxial loading, and pointed out that the fatigue life and cyclic hardening or softening characteristics depend not only on the loading path, but also on the Load order and load parameters. Sun et al[9,10] proposed a multiaxial fatigue damage parameter based on the critical plane method to calculate the pure fatigue damage at a constant high temperature, and used half of the maximum equivalent stress at cyclic stability as the creep stress to evaluate the multiaxial fatigue damage. Shaft creep fatigue damage. Prasad et al. [11] showed that the loading waveform had a significant effect on the damage degree and hysteresis loop shape of GH4169 under fatigue loading, and the strain aging phenomenon existed in GH4169 alloy at a lower strain rate. In terms of fatigue life, Walz and Riesch-Oppermann[12] established a stochastic model considering the quality and life of the turbine disk based on the fracture mechanics theory and the first-order reliability analysis method. Wei and Yang[13] developed a life prediction model based on fatigue damage parameters for GH4169 material, which can predict the low-cycle fatigue life under different strain amplitudes, and the prediction results are within the range of ± 2 times the error band. Ayyappan et al. [14] gave the remaining life prediction process, and obtained the probabilistic remaining life of the turbine disk through the statistical analysis of the ± 3σ (σ represents the standard deviation) stress-strain curve.

However, the above works are mainly carried out at the macro scale. With the deepening of the research, people found that only the research on the macro scale is not enough to fully understand the fatigue behavior, and the research work on the fatigue behavior on the micro scale has appeared one after another. In terms of experiments, Krupp[15] showed that the elastic modulus and hardening modulus of the second phase particles are quite different from those of the matrix, especially in the γ-phase strengthened GH4169 alloy. An et al. [16] studied the correlation between the microstructure evolution of the material and the low cycle fatigue life by aging the GH4169 alloy for different times. Studies have shown that when the aging time increases, the γ phase transforms into the δ phase, and the fatigue resistance of the material decreases significantly. Alexandre et al. [17] studied the effect of grain size on the crack initiation mechanism, and found that when the grain size is 5-10 μm, fatigue cracks are more likely to initiate in the second phase particles, and when the grain size is larger than 150 μm, it will pass through the transgranular method. Slip initiation. Huang et al. [18] also obtained the same research results. In terms of finite element numerical calculation, Hu et al. [19] studied the crack growth behavior of GH4169 alloy under creep fatigue load based on the crystal plastic finite element method, and confirmed that the grain refinement and the existence of δ phase at the grain boundary made the GH4169 alloy The number of weak interfaces increases rapidly at 650 °C, leading to the initiation and propagation of intergranular cracks. Guerchais et al. [20] analyzed the effect of defects on crack initiation under high cycle fatigue based on crystal plasticity finite element method. The research showed that the increase of defect size will lead to the increase of the ratio between torsional and tensile fatigue limits. Zhang et al.[21,22] studied the short crack growth phenomenon of nickel-based superalloys by using the method of extended finite element (XFEM) and crystal plasticity finite element, by using the independent shear strain on each slip system as the driving force successfully simulated the crack propagation path along the slip direction in a single-crystal fcc-structured nickel-based superalloy.

Formation of Dynamic Recrystallization Zone and Characteristics of Shear Texture Next